The request of the Directorate for Investigating Organised Crime and Terrorism (DIICOT) to reopen the investigation into the 'August 10' rally case will not reach the Bucharest Tribunal directly, but will be delayed at least a month at the Supreme Court for the resolution of an appeal for a referral request to the Constitutional Court. 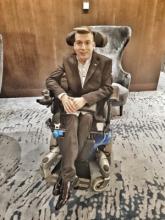 Nationalist Movement Party (MHP) leader Devlet Bahçeli, an ally of the government, has accused the Peoples' Democratic Party (HDP) of "playing with fire" after a "democracy march" it began to hold.

Brazil on June 9 restored detailed COVID-19 data to its official national website following controversy over the removal of cumulative totals and a ruling by a Supreme Court justice that the full set of information be reinstated. 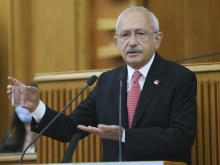 Main opposition Republican People's Party (CHP) leader Kemal Kılıçdaroğlu has slammed the stripping of the parliamentary status of three opposition lawmakers, calling it a blatant breach of the Turkish constitution and accusing the government of disregarding the people's will.

The dismissal of three opposition lawmakers is "is an obligatory requirement of the justice and democracy ethics," leader of the Nationalist Movement Party (MHP) Devlet Bahçeli said on June 8.

"Everyone is equal before the law. Nobody has the privilege or freedom to commit a crime," Bahçeli said in a written statement.

The dismissal of three opposition lawmakers, one from the main opposition Republican People's Party (CHP) and two from the Peoples' Democratic Party (HDP), from parliament has pushed these two parties to mull new strategies in responding to the ruling party's moves.

Former lawmaker Enis Berberoğlu was allowed to be held in an open prison and was released late on June 5 as part of measures against the novel coronavirus.

Berberoğlu has the legal right to be transferred to an open prison due to the time he already spent in prison in a previous arrest.