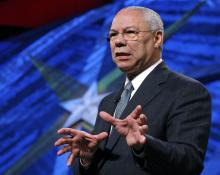 Colin Powell, a U.S. war hero and the first Black secretary of state who saw his trailblazing legacy tarnished when he made the case for war in Iraq in 2003, died on Oct. 18 from complications from COVID-19. 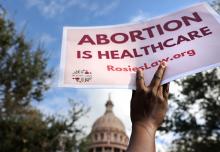 A federal judge ordered Texas to suspend the most restrictive abortion law in the U.S., calling it an "offensive deprivation" of a constitutional right by banning most abortions in the nation's second-most populous state since September.

Turkey's president will hold a bilateral meeting with his U.S. counterpart as part of the upcoming G20 Leaders' Summit in Italy.

Recep Tayyip Erdoğan will meet with Joe Biden at the summit to be held on Oct. 30-31 in Rome, according to official sources.

Former U.S. President Barack Obama shared his visit to Istanbul during his presidency while addressing younger generations in his speech at the online program "Reshape Virtual Summit 2021."

"I visited Istanbul (largest metropolitan city of Turkey) on my first trip abroad as the president, and it was wonderful. It is an extraordinary country with extraordinary people," Obama said.

In a pre-recorded message to mark the 20th anniversary of 11 September terror attacks, US President Joe Biden remembered the events as a moment defined not only by heroism but "unity and resilience." "We learned that unity is the one thing that must never break," Biden said in a six-minute video filmed at the White House, news wires reported.

Twenty years ago, the 11th of September dawned as just a date. By midnight, it was 9/11, the staggering starting point for a new era of terror, war, politics, patriotism and tragedy.

With Poland, which already hosts a growing number of Belarusian exiles, immediately offering the 24-year-old sprinter a humanitarian visa, Timanovskaya took refuge in the Polish embassy in Tokyo until a flight to Warsaw could be arranged. Contrary to expectations, she didn't fly directly to Warsaw, but took a detour to the Austrian capital Vienna instead.

U.S. troops were sent to Afghanistan by George W. Bush in 2001, with the aim of destroying the training camps for al-Qaeda terrorists after the terrorist attacks on September 11.
Since leaving the White House in 2009 after two terms, Bush has rarely commented on the moves of three later presidents, Barack Obama, Donald Trump and now Joe Biden, the Voice of America reported.

There is no evidence that unexplained aerial phenomena spotted in recent years by US military personnel are aliens, an upcoming government report quoted by The New York Times on June 3 said, but officials still can't explain the mysterious aircraft.

Turkish President Recep Tayyip Erdoğan on June 1 said he will discuss the recent tensions between the U.S. and Turkey with his American counterpart, Joe Biden, in the upcoming NATO leaders' summit.

In a late-night interview with national broadcaster TRT, Erdoğan said "preliminary preparations" have been made ahead of the meeting.