Israel's weakened coalition government announced Monday that it would dissolve parliament and call new elections, setting the stage for the possible return to power of former Prime Minister Benjamin Netanyahu or another period of prolonged political gridlock.

Israel, which withdrew from the UN cultural agency UNESCO with the United States over alleged bias in 2019, has no objections to a US return, Secretary of State Antony Blinken said Wednesday. 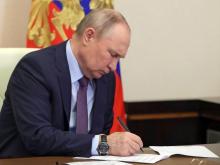 In a letter to the Prime Minister of Israel, Naphtali Bennett, the President of Russia requested that the Alexander Nevsky Church in Jerusalem's Old City be immediately transferred to Russian ownership. 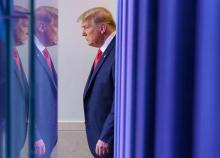 Former U.S. president Donald Trump spat an expletive about his old ally, Israel's ex-prime minister Benjamin Netanyahu, for congratulating Joe Biden on his victory in last year's election, according to a new book.

Trump lashed out in an interview for a book on U.S.-Israel relations during his presidency, author Barak Ravid wrote on the Axios website on Dec. 10. 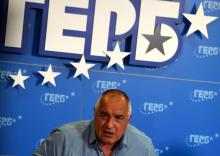 If the word "interregnum" had to be explained with present-day examples in a European textbook, Bulgaria could well be used to describe what is essentially a (potentially dark) period between two regimes.

Israel's top diplomat Yair Lapid on June 29 began the first-ever official visit by an Israeli minister to the United Arab Emirates, after the two nations normalized ties in September.

Looking back, 2010 was a crucial juncture in Greece-Israel relations.

A coalition of ideologically divergent parties ousted on Sunday the hawk Benjamin Netanyahu, Israel's longest-serving prime minister, and formed a new government in a seismic shift in the country's turbulent politics.