At least 57 people have died in avalanches in Pakistan-administered parts of Kashmir, Reuters reported. There are also missing people, but their exact number is unknown.

In neighbouring India, at least 10 people have died in several avalanches.

A new round of storms and gusty winds are expected to affect southern Greece as of Wednesday morning, bringing some hailstorms in the islands of the Aegean, according to an emergency bulletin issued by the National Observatory's Meteo weather service on Monday.

At least three people were killed in a snowstorm in Alabama, the National Weather Service's local office said in a tweet.

Previously, three people died in Louisiana and one in Texas. The snowstorm is raging for a second day.

"We have now confirmed 3 fatalities near Carrollton in Pickens County" the weather service said and warned the people to take the warnings seriously.

As heavy rain has swept southern Turkey, at least two people were killed in rain-related incidents on Jan. 7.

Ankara woke up with cold and snowy weather on Jan. 6 and snowfall in the high parts of the city accelerated.

Meteorologists warn a combination of snow and sleet could create problems for drivers in Attica and Central Greece from Sunday night and going into Monday.

Weather conditions in the lower parts of the mountains are good for tourism today, the Mountain Rescue Service with the Bulgarian Red Cross told Focus News Agency.
In the higher parts, over 2,300 m, there are snow drifts. Temperatures are below freezing - between -3C and -10C. The weather is clear and calm.
Facilities at most resorts are in operation. 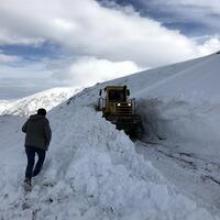 Turkey has been hit by a fresh wave of wintery weather as heavy snowfall has disrupted daily life in many eastern and southern provinces while the metropolis Istanbul is expected to be hit by storm on Dec. 30. 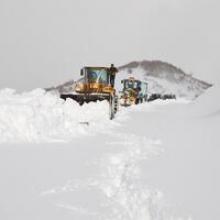 Adverse weather conditions that have wreaked havoc across Turkey are set to continue, meteorologists have warned amid a disruption of access to countless villages due to heavy snowfall.

Following a dip in temperatures after weeks of unseasonably fair conditions, the weather is set to deteriorate further in the countdown to the New Year.