Eight F-15 C/D fighter jets from the 104th Fighter Wing of the Massachusetts Air National Guard were relocated on Thursday to Bulgaria's Graf Ignatievo Air Base.

The jets were relocated for their participation in the joint Bulgarian-US air training "Thracian Eagle - 2016", the press service of the Bulgarian defence ministry informs.

The Bulgarian defence ministry informed on Friday that it has launched a public tender for the supply of ten engines for MiG-29 fighter jets.

The engines can be either new or repaired ones and are needed to extend the operational capacity of five fighter jets, daily Sega informs. 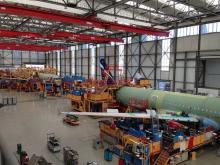 An US company will invest more than BGN 9 M in the construction of a plant for the production of airplane components for the leading aircraft manufacturers.

The plant of 2000 square metres will be located near Sofia airport and will produce parts for the control of the fuel system, as well as components for the wings and tail.

Bulgaria's government approved three investment projects to modernizing the country's navy and air force worth over 2.4 billion leva [around 1.2 billion euro] on Wednesday.

The decision was taken by the consultative body within the Defence Ministry last week, according to BNR. 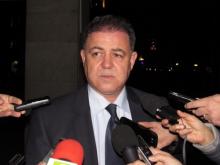 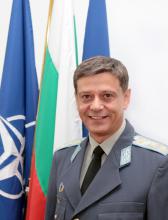 The Bulgarian parliament will decide on Thursday whether to allow the country's airspace to be guarded not only by the Bulgarian army, but also by the armed forces of NATO allies.

This could be achieved by amendments to the Defence and Armed Forces Act.

The Bulgarian Air Force could have its ageing Soviet-made combat aircraft replaced by new multi-role warplanes in the next three to three-and-a half years, Defence Minister Nikolay Nenchev said on Wednesday.

The government commission tasked with studying the available options is expected to submit a report by the end of March, Nenchev told bTV broadcaster. 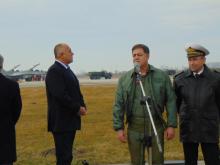 Bulgaria will call a tender for six new engines for its MiG-29 fighter jets and the relevant spare parts by the end of the month, Defence Minister Nikolay Nenchev said on Tuesday.