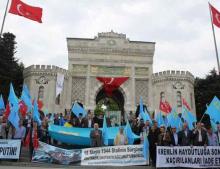 Turkey on May 18 remembered the deportation and ethnic cleansing of Crimean Tatars 75 years ago by the Soviet Union.

As Moscow strengthens its military presence in Crimea, politicians and experts in the region say local NATO member states must unite to reinforce their security.

Turkey supports the territorial integrity of Ukraine and does not recognize the annexation of Crimea, the foreign ministry said on March 16.

Up to 20 people, including eight Turks, were presumed dead off Russian-annexed Crimea after a fire engulfed two fuel ships, authorities have said. 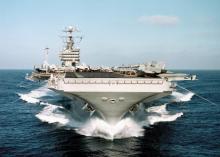 Russia is holding naval and surface-to-air missile drills in the Black Sea region amid tensions with Ukraine and the West over the capture of three Ukrainian naval ships and their crews off the coast of Crimea last month, Reuters reported. 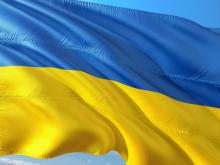 A Ukraine government plan to embarrass Russian President Vladimir Putin at the G20 summit failed Thursday when an Argentine company refused to erect a protest poster outside the meeting, AFP reports.

Vladimir Varimez from the village of Bankovka is one of the 24 sailors who were arrested after three Ukrainian ships tried to cross the Kerch Strait, bTV reported.

The information was confirmed by the mayor of the village Viktor Genchev.

He added that Vladimir's father is still in Bankovka, but it is possible at some point to leave for Sevastopol to try to meet his son.

Ukraine's state security service has said that its intelligence officers were among the crew on Ukrainian naval ships seized by Russia in a standoff near Crimea.

In those cases, added the chair of the International Committee of the Russian Federation Council, the term "rights of people" is used.

NATO is monitoring the situation.

The tension between Russia and Ukraine comes over the situation in the Sea of Azov. Russian Coast Guard boats (on Sunday) seized three Ukrainian military vessels in the Black Sea near Crime, as they were trying to cross the Kerch Straits.

The Russian side used weapons to force the ships to stop.