Love letters between the ill-fated French queen Marie-Antoinette and her lover, which contain key passages rendered illegible by censor marks, have been deciphered using new techniques, the French National Archives said on June 3.

A probe by the Hellenic Police (ELAS) into a vitriol attack last month on a 34-year-old woman in Kallithea, southern Athens, is focusing on the testimony of a taxi driver who leased his cab to the suspected assailant and the latter's calls to the cab company, Kathimerini understands.

A taxi driver who kicked a pregnant woman in labor out of his cab in the Marmara province of Kocaeli's Çayırova district has been sentenced to house arrest.

The driver, identified only by the initials M.B., took Aisha Hashem, a Syrian woman whose water had just broken, into his cab but later kicked her out after she showed signs of labor.

A man was killed in the central Athens district of Pangrati on Monday after being crushed by an elevator, the Athens-Macedonian News Agency (ANA-MPA) reported.

According to the report, two firefighters retrieved the man's body from the bottom of the elevator shaft of an apartment building on Laertou Street. His death was confirmed at a local hospital.

A reboot of classic gangster movie "Scarface" scripted by the Coen brothers and set in Los Angeles is moving forward with a new director at Universal Pictures, a source familiar with the deal told AFP on May 14. 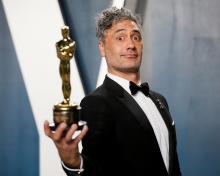 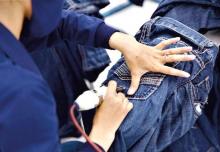 The pandemic can show the consumers the need to pressure big brands to opt for fair production, which respects nature as well as the rights of the workers, said the activist.

The Oscar-nominated screenwriter behind "Bohemian Rhapsody" and "The Two Popes" has been lined up to write and co-produce a new feature film on the life of Whitney Houston, U.S. media reported April 22.

A group of clowns who usually entertain retirees in their rooms at seniors homes has taken to performing outside instead so their audience can watch from their windows or balconies while in coronavirus-enforced isolation.