Greeces credit rating will be increased one level by Fitch Ratings, which cited an improving economic and fiscal outlook for the country that sparked Europes sovereign debt crisis. 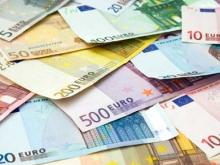 Greece's current account deficit shrank in March from the same month last year, according to balance of payments figures released by the central bank on Thursday.

Tourism revenues rose to 195 million euros in March from 151 million in the same month in 2013. [Reuters]

The World Bank has approved a loan designed to support Albania’s efforts to reduce the impact of the global financial crisis on the local financial sector. 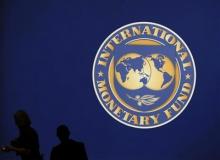 The International Monetary Funds executive board will convene on May 28 to discuss and likely approve the disbursement of its next bailout tranche to Greece.

Japanese ratings agency R&I has upgraded Greece to B- from CC, while retaining a stable outlook.

A spokesman for the International Monetary Fund, one of Greece's three international creditors, acknowledged in comments to reporters late on Thursday that Greek debt is high and added that Greece's eurozone partners had agreed to debt relief.

National Bank of Greece (NBG) became the latest of Greece's four major lenders to successfully tap international markets as prospects of a recovery in the Greek economy lure investors.

Finance Minister Yannis Stournaras conveyed Greeces request for a lightening of the countrys debt burden to his eurozone counterparts at a summit in Brussels on Monday but, as expected, foreign officials indicated that a decision on this issue would not be considered until the fall.