Businesses have faced supply chain disruptions and decades-high inflation as the global economy recovers from the Covid pandemic and energy prices surge.

Leszek Wacirz, who has served in the senior management of various regions for 27 years under the umbrella of Nestle, has been appointed as the new general manager of Nestle Turkey.

In the overall food and beverage portfolio, about 70% of Nestlé’s food products failed to meet the necessary standards 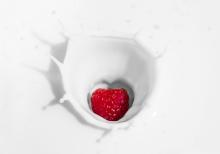 After a competition to select an agency, the biggest ice cream company in Bulgaria - Froneri, chose All Channels | Advertising for their creative partner.

Nestle said on Jan. 16 it has agreed to sell its U.S. candy business to Italy’s Ferrero for CHF 2.7 billion ($2.8 billion/2.3 billion euros) in cash as the Swiss food giant shakes up its product portfolio.

Ice cream factory Froneri Hellas S.A, a joint business venture between Nestle and R&R, announced it would be suspending the operation of its plant in Tavros, Monday. The company, which employed 102 permanent staff and over 100 seasonal employees, said in its statement it was forced to shut down in an effort to reorganise and curtail its financial losses.