The American Westinghouse Electric Company has signed a contract for the modernization of Kozloduy nuclear power plant.

U.S. tech titans Apple and Dell have joined a bid to buy Toshiba's memory chip business, a deal seen as key to the survival of the cash-stripped Japanese industrial conglomerate, the US investor leading the consortium has said.

At a train station used by hundreds of workers at struggling Japanese electronics giant Toshiba, an advert is apparently trying to poach staff worried by their employer's precarious financial position.

South Korean technology firm Samsung Electronics plans to invest $18.6 billion in its memory chip and display plants in South Korea as it seeks to widen its global lead in the sector.

Turkish electronics and appliance maker Vestel announced on April 10 that it was beginning talks to purchase the television unit of Japan's Toshiba Corp. following a report by Japan's Nikkei, but said it was unclear whether the deal would be finalized at the current juncture.

Toshiba, which sold the first Japan-made color television in 1960, now appears to want to sell its TV business.

Some foreign buyers are said to be showing interest in taking over the unit, according to people familiar with the matter.

Toshiba Corp said it may have to book several billion dollars in losses related to a U.S. nuclear power acquisition, a shock warning that sent its stock tumbling 12 percent and rekindled concerns about its accounting acumen. 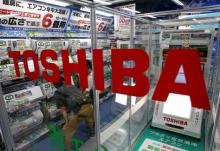 Crisis-hit Toshiba warned on Dec. 21 it would book a record $4.5 billion annual loss and slash thousands of jobs, as the vast firm's shares plunged in Tokyo.

The moves are part of a restructuring announced in the wake of an embarrassing accounting scandal that rocked one of Japan's best-known firms. 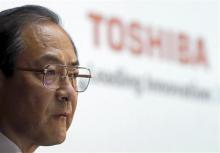 Toshiba executives on Sept. 30 faced the wrath of shareholders who demanded an explanation after one of Japan's best-known companies was hammered by a billion-dollar accounting scandal.