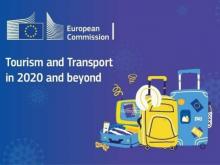 After almost four months, travellers from third-countries will finally be eligible to travel to the Schengen Area. Starting from July 1, the European Commission will start permitting non-EU and non-Schengen travellers to enter the borderless territory, gradually and partially. 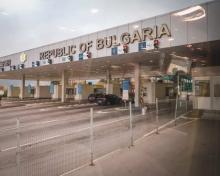 Bulgaria's Minister of Health Kiril Ananiev issued an order regulating the entry into the Republic of Bulgaria as of June 1, the transit through the territory of the country and the rule for the mandatory 14-day quarantine.

Bulgaria closes its borders until April 17. The measure applies to all non-European citizens or arrivals from the following EU Member States and Schengen countries: Italy, Spain, France, the United Kingdom and Northern Ireland, Germany, the Netherlands and Switzerland.

It is forbidden to enter the territory of Bulgaria from 00.00 on March 20 until April 17, inclusive, to all third-country nationals at all border crossings by aircraft, sea, rail and road. This is reported by the press centre of the Ministry of Interior, BNR reported.

Health Minister Kiril Ananiev issued an order banning the entry of third-country nationals into our country. This was reported by the Ministry of Health.

It shall enter into force on 20 March (midnight) and shall apply until 17 April inclusive. The ban applies to all types of vehicles - air, car, rail and passenger cars.

The early days were especially tough. "Polish people would try to help me by recommending jobs, but they were always menial ones," Trofimova told BIRN in a phone interview. "It took a long time before I ran into Poles who don't automatically see me as a servant, but treat me as an equal."

Turkey will provide 90 days visa exemption to six Schengen countries, beginning from March 2, on travel for touristic purposes, said a written statement by the Foreign Ministry spokesman on Feb. 20.

He described the increase as "moderate". Mamer added that it would allow the necessary resources to be maintained to process applications, as well as to track potential security and illegal migration risks.

The increase is the first of its kind since 2006.

New EU rules on short-stay visas apply worldwide from 2 February 2020. They make it easier for legitimate travellers to apply for a visa to come to Europe, facilitating tourism, trade and business, while providing more resources for countering irregular migration risks and threats to internal security.

Which non-EU countries do the new rules apply to?

An amendment facilitating investments by foreign entrepreneurs from non-EU countries was tabled in parliament on Tuesday.

The amendment is attached to the foreign ministry's draft law entitled "Regulations for the UK's withdrawal from the European Union" and introduces a new type of entry visa, the Airport Transit Visa (ATV).