The three family adventure trails in operation are located in the immediate vicinity of Ljubljana and offer a few hours' experience for families looking for daily trips into nature and a relaxed, child-friendly way of getting to know new places and their specialties.

It's about the finals of the A1 Gaming League season 2, reports Monitor.

A Turkish man who developed amnesia after falling and hitting his head on a sidewalk in 2014 cannot remember anything about his past life. But his wife enjoys the new habits he developed, such as cooking and cleaning the house.

Greek state sued for the first time over a refugee death by family of Moria camp resident who died in 2017. 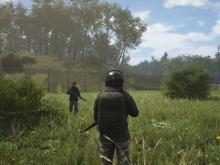 A Croatian open-world survival video game, called SCUM, has already sold sold about 660,000 copies only days after it was released on August 29.

The game was created as a result of cooperation between two Croatian development teams, "Gamepires" and "Croteam". "About 20 people worked on the project," Josip Barisic, "Gamepires" community manager told BIRN. 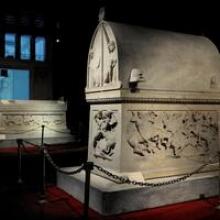 As a historic home to great civilizations like the Roman and Ottoman empires, Turkey has some of the world's best museums. Click through for our top 20...

Two Czech nationals who were arrested in September 2012 for taking photos and videos of military installations on the northeastern Aegean island of Lemnos were given 18-month prison sentences for espionage by an appeals court on Lesvos on Monday.

The terms were reduced from an original 2.5 years as ruled by a lower court. Both men denied any wrongdoing. 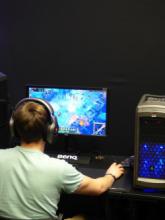 Ivan Ivanov, better known for his gaming nickname MinD_ContRoL, became a millionaire after an impressive victory at a Dota 2 tournament.
Ivanov is part of Team Liquid, who defeated the Chinese team Newbee in the big final of The International 2017 in the game Dota 2.

Two Czech nationals who were caught taking photographs of military installations on the northern Aegean island of Lemnos in September 2012 have been sentenced to two-and-a-half years each in prison, according to a court ruling that was made public Tuesday.