At least four children in northern Iraq were injured in a mortar attack on March 17, Turkey's state-run Anadolu Agency reported.

The attack was carried out by the ISIL according to Mustafa Hassan, the police chief in Tuz Khurmatu district. 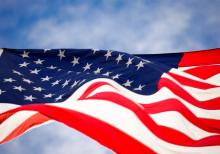 US Secretary of State Mike Pompeo warned Iraq today that the United States will respond inevitably to new attacks on Americans following a series of deadly attacks on a military base in Iraq, AFP reported. 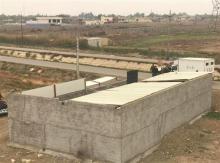 Multiple rockets fell on March 14 morning inside Iraq's Taji military base that houses U.S.-led coalition troops, for the second time in a week, Reuters reported on March 14.

An Iraqi colonel inside the base told Reuters he heard at least 10 rockets hit the base and said he could now hear sirens blaring.

Iraq condemned overnight U.S. airstrikes on March 13, saying they killed six people and warning of dangerous consequences for what it called a violation of sovereignty and targeted aggression against the nation's regular armed forces.

The Turkish Foreign Ministry on March 12 condemned the deadly rocket attack on an Iraqi military base of the anti-ISIL coalition.

In a statement, the ministry condemned March 11's rocket attack on the Camp Taji where anti-Daesh coalition and NATO's Iraq Mission personnel are located.

One British and two American personnel were killed and about a dozen people were wounded when 18 small rockets hit Iraq's Taji military camp north of Baghdad on March 11, U.S. officials told Reuters, speaking on condition of anonymity.

The number of novel coronavirus cases in Europe continues to rise, with more countries on the continent confirming their first cases.

French Health Minister Olivier Veran said that the number of coronavirus cases in the country has risen to 38. 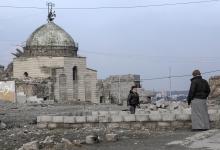 Four people were killed and six others wounded in two separate attacks in Iraq, authorities said early on Feb. 24.

In a statement, police said unknown attackers killed a traffic officer as well as a civilian in eastern Baghdad province.

A civil servant working for the Education Ministry was killed in Sadr City in the capital Baghdad by armed assailants riding a motorbike.