The District Prosecutor's Office in the town of Dupnitsa on January 17 launched an investigation into Bobov Dol Thermal Power Plant (TPP) for crimes against public health and the environment. Pre-trial proceedings for a commited crime have been initiated, BNT reported.

Bulgaria's Road Infrastructure Agency on August 14 filed a complaint with the Prosecutor's office against the owner of the secondary raw material plant in Dupnitsa. The company's waste caused a huge fire on Struma motorway.

Bulgaria's Rila Monastery on July 1 marks 550 years since the return of the relics of St. Ivan of Rila from the old capital of Veliko Turnovo to the Holy Monastery. The commemorative event took place in 1469. A lot of believers and pilgrims arrive from the country and abroad, some of whom came to the monastery days ago, writes BNT.

A protest against the action which was held today by GDBOP in the offices of Cable Sat West was held last night in Gotse Delchev.

Dozens gathered in front of the company's office to protest that half of the city is without cable television and Internet.

If we do not take steps to deal with the dirty air, it will be late and we will find a cemetery for diesel cars. This was stated by Prime Minister Boyko Borisov at the beginning of the meeting of the Council of Ministers today. 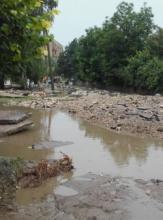 Sofia. The government approved nearly BGN 2.8 million for the Ministry of Regional Development and Public Works and the municipalities of Mizia, Dupnitsa and Teteven to overcome disaster damage in the three municipalities, the government press office said. 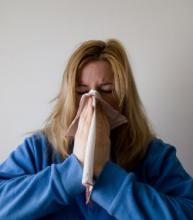 A flu epidemic is announced tomorrow, January 27, on the territory of Sofia-city, the Health Ministry announced.

The Regional Regional Health Inspectorate of Sofia has issued a prescription to the Sofia-city Regional Education Authority to stop the school classes from January 29, Monday, until the end of the school week - 2 February.

The van, with a Romanian registration carrying nearly one ton of carp, crashed on the night of Thursday at the entrance of the Struma tunnel at Kocherinovo station. There are no injured in the accident, but traffic on the motorway is difficult, reported BGNews. 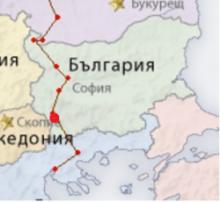 Disgruntled residents of Dzherman, a village in Western Bulgaria, staged a blockade of the European route E-79 on Monday to protest against the construction of a waste storage facility near their homes.