A German-Turkish lawyer, who represented families of the Turkish victims killed by the NSU, a neo-Nazi terror group, was awarded the "Ludwig Beck Award for Civil Courage" on July 2.

Seda Başay-Yıldız, a prominent lawyer at Frankfurt Bar Association, received the award from the mayor of Wiesbaden, the state capital of Hesse, Germany. 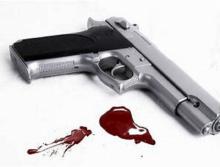 The deadly drama in Germany involving three Bulgarian guest worker is being unraveled hour by hour. Blitz reminds that jealousy claimed lives of two Bulgarians, man and wife, and one woman is in coma in the German city of Wiesbaden. The guest workers' drama unfolded days ago.

DW - The confusing golden effigy of the Turkish president has been removed by the fire brigade in the western German city of Wiesbaden. It was put up without the knowledge of city officials, and was not generally welcomed. 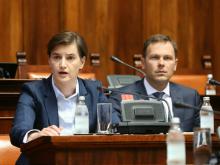 Former Belgrade Mayor Sinisa Mali will take over as Serbian Finance Minister after he was voted into office by the MPs of the ruling parties.

However, some experts predicted that he will likely act as the long arm his party leader, the Serbian President.

Speaking during a visit to Wiesbaden in Germany, Turkish Chief of Staff Hulusi Akar on May 24 stressed the importance of countries cooperating to fight terrorism without discriminating between "terror groups." 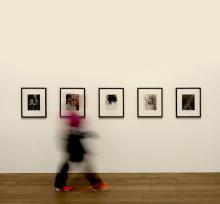 A German court has convicted a former businessman and an art gallery owner of fraud and falsifying documents for selling fake paintings attributed to Russian avant-garde artists including Vasily Kandinsky.

Germany on April 20 deported to his native Serbia a man whose killing of a young Turkish woman sparked nationwide outrage.

Student Tuğçe Albayrak was hailed as a heroine after she intervened to protect two 14-year-old girls in an altercation in a fast-food restaurant in November 2014.

German police reckon that the arrested Pakistani, suspected of the truck attack on Monday which killed 12 people, is not the real perpetrator, stated the chief of police in the capital Klaus Kandt, reported BNR.

A Serbian national currently serving a jail term for fatally beating a 23-year-old Turkish woman who attempted to intervene in street harassment in Germany will be deported to Serbia once his prison term ends in November 2017, German daily Bild has reported.