With 191 seats, the group is the European Parliament’s second-largest faction. 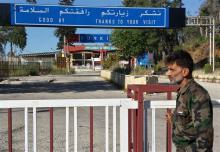 Russia said on June 17 it has gained Syrian approval to open four border crossings from Iraq, Jordan and Turkey to deliver aid to millions of people under a "far-reaching formula" proposed to U.N. Security Council members.

Romania has all instruments provided by the European Union, both as regards the system of direct payments and the rural development program, to make sure milk producers can be supported to cope with the removal of milk quotas at EU level as of January 1, 2015, European Commissioner for Agriculture and Rural Development Dacian Ciolos said on Tuesday.

Lawmakers in Hungary have backed the introduction of taxes on revenues from media advertisement which could jump to 40% for the biggest broadcasters.

A detailed view on the bill however suggests it will probably have a severe impact on just one TV channel, the RTL Klub, which is owned by the Luxembourg-based German media concern RTL, Germany's daily Die Welt reports.

The appointment of Gikas Hardouvelis, a non-partisan technocrat, at the helm of the Finance Ministry as part of the major shake-up of the Greek Cabinet on Monday was Tuesday welcomed by the European Unions economy chief and other senior officials in Brussels. 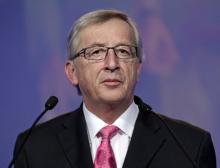 Jean-Claude Juncker could pull out of the race for European Commission President, according to diplomatic sources.

The former Prime Minister of Luxembourg was pitted as the favorite after his European People's Party (EPP) won the most seats in the European Parliament in May's elections. 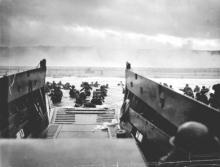 Seventy years ago, 156,000 Allied soldiers began their battle for a beachhead on the coast of Normandy, setting off a sequence of events which, along with the advance of Soviet forces in the east, would result in the defeat of German forces which occupied Europe from France to Greece. June 6, 1944, is one of the most important days in the history of our blood-soaked continent.


BERLIN -- With his threat that Britain might leave the EU if Jean-Claude Juncker is made head of the EC, David Cameron seems to have angered German politicians.

SYRIZA leader Alexis Tsipras, who was the European Lefts candidate for Commission president, is to meet several of his rival hopefuls in Brussels on Wednesday.