At the state level, while all EU countries have unanimously approved the five rounds sanctions against these Russian/Belarusian entities and individuals, they have done so with varying degrees of enthusiasm. 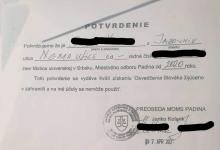 The European Commission has amended its proposal for an embargo on Russian oil to extend the pre-entry period for Hungary, Slovakia and the Czech Republic. This was reported by Reuters, citing two sources.

In early March, Polish Prime Minister Mateusz Morawiecki condemned Russian energy imports, saying it was not only gas "but also the blood of innocent people" that was pouring through Russian pipelines to the West.

"Purely technologically, Bulgaria can do without Russian oil, but this would significantly increase the cost of fuel. Therefore, if the European Commission allows exemptions [from the oil embargo], we will exercise our right to request such an exemption as well."

This was stated by Finance Minister Asen Vassilev in an interview with the weekly "Capital".

Bulgaria and five other countries sell Soviet weapons and ammunition to Ukraine through the US company Ultra Defense Corp., based in Tampa, Florida, according to an analysis by the New York Times. The company works with arms factories in Bulgaria, Romania, Bosnia, Serbia, Slovakia and the Czech Republic, which provide the so-called "non-standard ammunition". 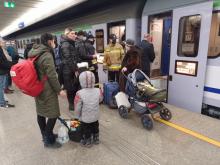 The Czech Republic, Bulgaria, Romania, Poland, Hungary, Slovakia and the three Baltic states will seek financial assistance from the European Union for the care of Ukrainian refugees, according to a statement from Czech Deputy Prime Minister Ivan Bartoš.

Ukraine has received fighter jets and spare parts to strengthen its air force, Pentagon spokesman John Kirby said, without specifying the number of planes and the countries that provided them, AFP reported.

"Russian dictator Vladimir Putin will not limit himself to a war against Ukraine. He might try to take over other countries, including NATO members."

This was stated by the American diplomat and former US Ambassador to Turkey W. Robert Pearson in an article in for the renowned The Hill.