The mayor of Ancient Olympia, Efthymios Kotzias, was released on a 50,000-euro bail payment on Wednesday after defending himself before a magistrate in Pyrgos, in the western Peloponnese, on charges of harming the environment.


BELGRADE -- The Special Court in Belgrade has acquitted Sreten Jocić of the charge that he organized the murder of Croatian journalist and publisher Ivo Pukanić.


THE HAGUE -- The hearing concerning the mutual charges of genocide between Croatia and Serbia held before the International Court of Justice was completed on Tuesday.

Scandal in Zajecar: A six grade pupil is to deliver a baby


A girl was skillfully hiding her pregnancy. Her professors noticed that she was pregnant and addressed the competent bodies. 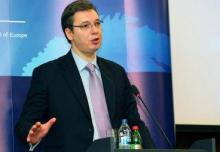 BELGRADE -- Aleksandar Vučić says "the best possible result for Serbia and Serbs in terms of judiciary in Kosovo and Metohija was achieved, under difficult conditions."

He spoke late on Monday after another round of the Kosovo dialogue held in Brussels.

THE HAGUE - With their genocide dispute before the International Court of Justice (ICJ) in The Hague, Serbia and Croatia have not closed the door to the reconciliation of the two nations, Serbia’s agent at the court Sasa Obradovic has said.

Bulgarian tennis star Grigor Dimitrov was in Sofia on Saturday, where he gave a press briefing, after holding a training session for young talents at the Maleevi Tennis Club

"Every morning, you must wake up with a positive thought, with a high goal. Persistence is the formula for success. You must give the best of yourself at all times", Dimitrov told the aspiring kids. 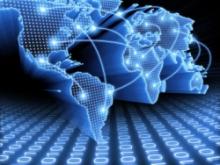 European Court of Justice (ECJ) has ruled that EU countries can ask internet providers to block pirate sites with a court order.

On Thursday the court's judges in Luxembourg ruled that Internet providers would be obliged to block illegal content online if the laws of one European member state dictate it.