A municipal official in Budva, Milijana Vukotic Jelusic, said the marriage was between two young women, both from abroad but with Montenegrin origins.

Montenegro's law on same-sex civil partnerships is a year old, but no one has been able to use it. Same-sex couples are waiting on myriad amendments to other laws, amid concern over the support of parliament.

Polls suggest that over two-thirds of Czechs approve of same-sex marriage, so it is little surprise that the centrist Ano party of Prime Minister Andrej Babis, which leads the minority governing coalition, offered its support to the bill.

The Montenegrin parliament on Wednesday failed to adopt a law to legalize same-sex unions after deputies from ruling parties representing ethnic minorities voted against it.

A Bulgarian court has recognised a marriage between two women who married in France, the first time that a same-sex union has been acknowledged in the conservative country.

After a two-year court battle, Australian-born Cristina Palma has been granted the right to live and work in Bulgaria with her French wife Mariama Dialo, reports Pink News. 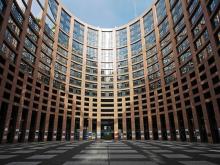 The EU Regulations clarifying the rules applicable to property regimes for international married couples or registered partnerships apply as of today.

Greece's parliament on Wednesday approved in principle new legislation that grants couples with cohabitation agreements the right to foster a child.

In a separate vote, MPs approved an article that extends the right to same-sex couples. 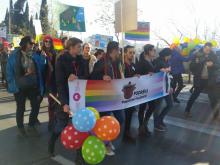 Austria's Constitutional Court has decided that same-sex couples will be allowed to marry by the beginning of 2019, ruling that the existing laws are discriminatory.

The move brings Austria into line with many other European nations including Germany, France, Britain and Spain.