Ljubljana – Prime Minister Janez Janša had a video call with Apple CEO Tim Cook on Wednesday with a release from the Government Communication Office saying they talked about legislative acts that are being coordinated in the EU in the field of digital transformation, and about the importance of cybersecurity in digitalisation services.

Koper – Instead of taking some time to meet the European Parliament’s fact-finding mission, Prime Minister Janez Janša took to Twitter to yet again bring shame on the country, himself and Slovenian diplomats abroad, the newspaper Primorske Novice says on Saturday, suggesting that the media should perhaps start ignoring his provocations.

Honey and pepper was the Viagra of the ancient Greeks Ancient

The Azerbaijan-born Russian billionaire was arrested in Podgorica, Montenegro, on October 1, on a Russian-issued international arrest warrant for allegedly ordering contract murders.

An artillery attack on Dubrovnik by Yugoslav forces in November 1991. Photo: EPA/PETER NORTHALL. 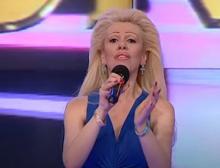 Bulgarian pop-folk diva Luna Yordanova has submitted her application to run for president at the forthcoming Presidential elections. She was nominated by an initiative committee, the BNR's reporter Maria Fileva informed. For her part, Luna Yordanova refused to disclose the name of the person who would run for Vice President and said: "It will be a nice surprise. Life itself is a show.

The exhibition begins with the garments that Josip Broz Tito's wife wore at her first public appearance after their marriage and ends as she withdrew from public life with the conclusion of the Yugoslav President's rule four decades ago.

Kiril Petkov, one of the leaders of the new political project, believes that the newly formed coalition will win about 27-30% of the vote in the upcoming parliamentary elections.

In a riv interview he said he was pleasantly surprised by a poll that found it with 9% support, but said the campaign could multiply it by three.

The Netherlands will require proof of a COVID-19 vaccination or a recent negative coronavirus test for entry to bars, restaurants, museums, theatres and other cultural events from Sept. 25, as almost all social distancing measures are dropped.