A star-studded charity football match organized by the foundations of Bulgarian Dimitar Berbatov and Real Madrid legend Portuguese Luis Figo kicks off on Wednesday at the National Vasil Levski Stadium in Sofia.

Profits from the celebrity match will go towards supporting talented children through the two footballers' charities.

Thousands of Bulgarians bid farewell to the legendary defender Trifon Ivanov in the city of Veliko Tarnovo on Wednesday.

Ivanov passed away at the age of fifty on Saturday after suffering a massive heart attack.

The memorial service was held in the Palace of Culture and Sports and was attended by relatives, friends, former teammates and ordinary citizens.

Legendary Italian footballer Roberto Baggio is the next player to confirm his participation in the show celebrating the 50th birthday of Bulgarian football legend Hristo Stoichkov next year.

With the confirmation of Baggio, the number of Ballon d'Or holders to take part in the show has risen to two, with Stoichkov being the other one to have been awarded the prize. 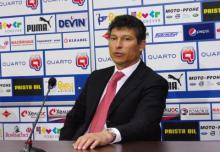 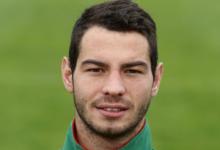 The initial contract will be for 3 seasons, with the option of another 2-year extension, Gong.bg quoted Litex manager Stoycho Stoilov as saying.

The Portuguese sports site Record informed that the transfer fee is EUR 2.5 M.