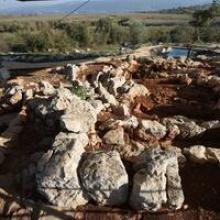 Photography enthusiasts attending the fourth leg of the United Nations Educational, Scientific and Cultural Organization (UNESCO) Turkey Photo Safari took pictures of the ancient cities of Letoon and Xanthos in Muğla and Antalya. 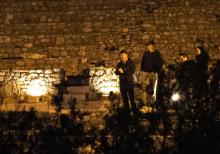 Microsoft founder Bill Gates has visited Turkey's southwest, disembarking his super-luxury yacht to take a short tour of the top tourist destinations in the region.

Gates, the world's fourth-richest person, went on a tour with a private helicopter after his Cayman Islands-flagged yacht was anchored off the resort town of Kuşadası. 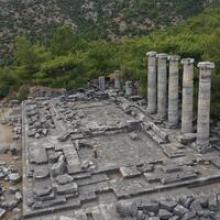 Dubbed as the "Pompeii of Anatolia" thanks to its unique city plan and well-preserved structures, the ancient city of Priene dazes visitors with its abundance in history. (AA Photo)

A Byzantine-era church, tombs, and inscriptions have been found during excavations carried out in the ancient city of Kaunos, which was included on the UNESCO World Heritage Tentative List in 2014.

The ancient city is located in the western province of Muğla's Dalyan district and on the right bank of the Dalyan Stream that connects Köyceğiz Lake to the Mediterranean Sea. 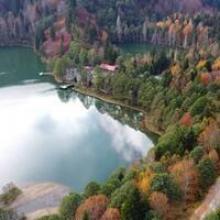 Located in the Borçka district of Artvin province in Turkey's Black Sea region, the Karagöl Nature Park is a must-see for nature lovers. (AA Photo)

A 20-million-year-old fossil, believed to belong to a sea creature, has been unearthed during the excavations in the ancient city of Tyana, located in the Kemerhisar district of the central Anatolian province of Niğde.

Göreme, a well-known tourist destination in central Turkey famous for its surreal landscape with intricate rock formations, has been ranked among the world's most beautiful towns in a list prepared by assessing their popularity across social media.

Works that have been continuing in the ancient city of Alexandria Troas, located in a region close to the sea in the northwestern province of Çanakkale's Ezine district, have brought to light two gates of the city's bazaar, believed to be 2,200 years old. 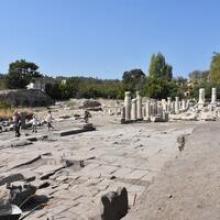 A total of 378 new historical artifacts have been unearthed since the beginning of this year in the Stratonikeia ancient city located in Turkey's Aegean Muğla province. (Source: AA)