Ben Needham is still missing, but hope is not! 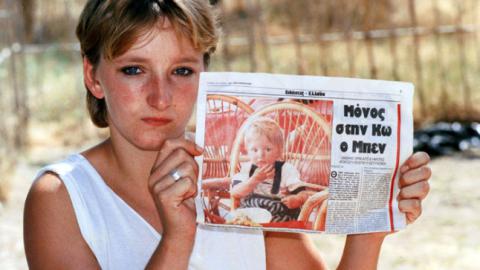 The investigation into the disappearance of toddler Ben Needham from the village of Iraklise, on the isle of Kos, on July 24, 1991, has just warmed up with some new and interesting leads.

Ben disappeared when he was just 21 months old and turns 26 today. South Yorkshire Police Detective Inspector Jon Cousins said his team of detectives is ‘working tirelessly’ to get the answers his family needs despite hundreds of reported sightings over the years.
In January, South Yorkshire police received 700,000 pounds from the Home Office to fund their continued inquiries and support Greek authorities in their efforts to locate the missing boy.

The family believes that there is information that has never properly been investigated. they believe that “this is the year” they will find the answers to his disappearance. His mother, Kerry Needham, said it was a “new start” for everyone involved in the search. “It seems that now everything is coming together at last. It has taken a long time, it has taken a lot of heartache suffered by myself and the rest of my family but it’s positive now and that has given us strength,” she said.