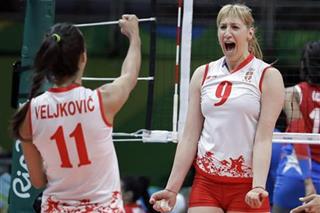 RIO DE JANEIRO - The Serbia women's national volleyball team has chalked up its second victory at the Olympic Games in Rio de Janeiro after beating Puerto Rico 3-0 (29-27, 25-18, 25-20) in Round 2 of Group B late Monday.

Having also defeated Italy 3-0 in the first round, Serbia now look practically certain to advance to the quarter-finals.

Serbia will face the United States in the next round Wednesday.

Vucic: April elections to be my last as SNS leader

Serbia to open embassy in Bahrain, consulate in Zimbabwe

Vucic: Putin had 90 questions for me