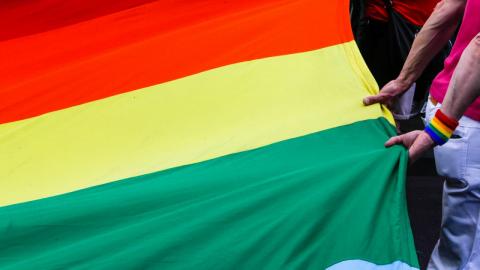 The first-ever gay Pride Parade in North Macedonia will be held in Skopje on June 29, the country's National Network Against Homophobia and Transphobia, gathering human rights NGOs, told a press conference on Monday.

"The gay parade will be a form of protest for affirmation, support and protection of human rights of the LGBTQ people," said activist Antonio Mihajlov.

He said that the event will be open for all to attend, no matter their nationality, faith, gender or sexual orientation.

Irena Cvetkovic, who is part of the parade organisation, said that they will put in all efforts to monitor the event, along with the police, in order to make participants feel completely safe.

Despite having a lively LGBTQ community that each year organises various lower-profile activities, North Macedonia is among the last of the Balkan countries to hold a Pride march.

The country came under fire over gay rights during the past authoritarian rule of the conservative VMRO DPMNE party, which was ousted in mid-2017, after a series of mob attacks on an LGBT centre in Skopje. The then government was widely accused by human rights activists of concealing the attackers.