Sales not enough for retailers 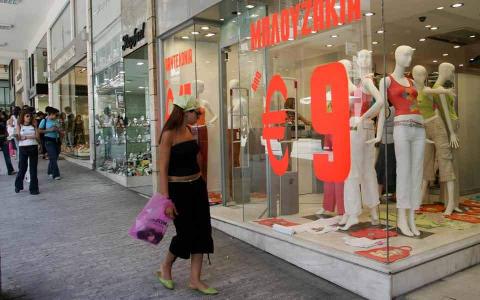 About seven in every 10 enterprises (68%) recorded a decline in sales over the first couple of weeks of the summer sales window, compared with the same period last year, while just 8% reported an increase, according to a survey by the Hellenic Confederation of Commerce and Entrepreneurship (ESEE).

The survey also showed that 58% of enterprises believe that their sales in the first two weeks of the sales lagged their expectations, even though they had already factored in the impact of the pandemic.

In apparel, the vast majority of enterprises (72%) recorded a slump in turnover in comparison with last year, while the decline in the category of recreational and educational commodities only concerned 48% of companies.

Over three-quarters of enterprises (77%) made special offers in the period from when they reopened after the lockdown up to the summer sales. Apparel...