Historic triumph for PAOK over Benfica in Champions League 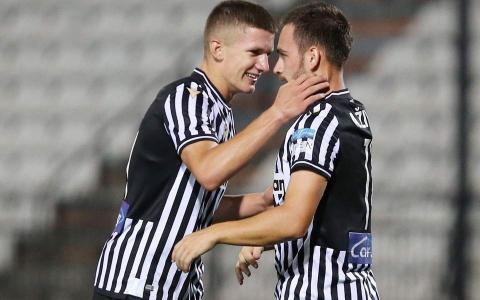 PAOK made the most of its home advantage and eliminated Benfica to reach the Champions League playoffs with a 2-1 triumph in Thessaloniki on Tuesday.

The one-off qualifier for the third qualifying round of the competition had the Portuguese as favorites, and they showed their superiority in the first half when they pounded PAOK with their chances and pressure. However they could not find the target.

PAOK keeper Zivko Zivkovic repeatedly had to parry the efforts of the visitors, and once he had to thank the goal frame for denying a Pizzi free-kick from going in.

The second half was a completely different game though: PAOK was much more active, mainly through counterattacks, and it was in one of those that Dimitris Giannoulis ran from the left, Chuba Akpom crossed the ball into the box back toward Giannoulis before Jan Vertonghen sent the ball into this own net...