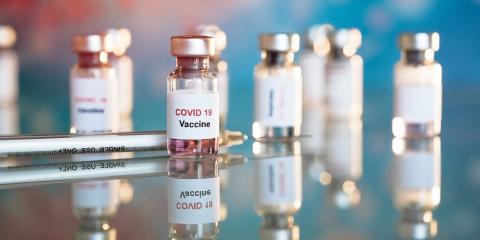 Brussels – Data from the European Centre for Disease Prevention and Control (ECDC) suggest that Slovenia has so far used 76.1% of the Covid-19 vaccine shots it has received, while almost a quarter of them is still undistributed. The average for EU member states is around 70%. Slovenia’s NIJZ said the actual figures were higher.

According to ECDC data, Slovenia has so far received almost 190,000 shots of the AstraZeneca, Moderna and Pfizer/BioNTech vaccines.

The share of the Moderna shots distributed is just over 50%, as the country has received only 8,400 dosages so far.

AstraZeneca has delivered 36,000 dosages, while only 5,800 or 16% have been used, show data by the European vaccination tracker.

In total, Slovenia has so far used 144,000 shots of the vaccine or 76.1% of what had been supplied, which makes it 11th most efficient of all EU countries.

Responding, Slovenia’s National Institute of Public Health (NIJZ) said the actual figures were higher because Slovenia reported to the ECDC only once a week.

NIJZ explained for the STA that it sent the country’s figures to the ECDC once a week for the week before. “So the figures published today on the ECDC’s website are lower than the actual number of vaccinated persons in Slovenia.”

The most efficient in inoculating the population are Estonia and Lithuania, which have used all the vaccine shots delivered to them, while Hungary is the least efficient, having used only 44% of the vaccine available.

The Netherlands and Luxenbourg have used only little more than half of the shots delivered to them, and France has more than a third of unused shots.

Malta has so far inoculated 10.1% of its population with the first shot, which is the highest share in the EU, and is followed by Denmark with 8.8%. Slovenia ranks somewhere in the middle with 5.5%.

Malta also tops the list when it comes to the share of people who have already received two shots (4.2%) and is again followed by Denmark (3.9%). Slovenia is again in the middle with 2.9%.