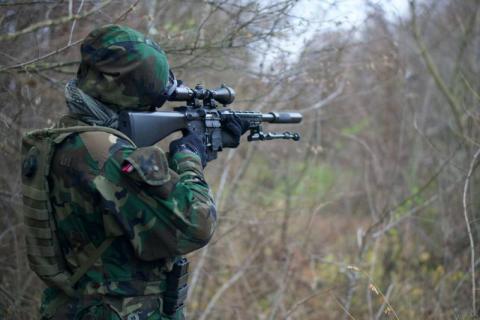 Gornja Radgona – Senior Slovenian Armed Forces (SAF) officers have presented their contribution to the country’s emerging national military strategy in a form of a proposal to be sent to the defence minister.

In it, the SAF outlines its view of global security and the country’s defence, several senior officers said at the SOBRA security fair in Gornja Radgona on Friday.

The officers, who have worked on the proposal for a year, said the document emerged based on Slovenia’s geopolitical and strategic position and potential threats.

Major General Miha Škerbinc, the SAF’s force commander, said it was about the SAF’s take on how to translate political goals into military goals and how to attain them.

The proposal says that to implement the strategic military goals, and in line with Slovenia’s commitments to NATO and the EU, the country should allocate at least 2% of GDP to defence and ensure at least 10,000 soldiers and at least 25,000 members of the reserve to have a credible and efficient military capabilities.

The SAF also sees the national military strategy as important from the aspect of cherishing the fundamental values of Slovenian society and way of life.

It moreover sees the army as a guarantee of sovereignty and independence and a pillar of the country and society’s resilience.

The proposal says that Slovenia’s military defence is based on the Slovenian military tradition and culture.

The chief of the general staff will send the proposal to the defence minister shortly as a contribution to the national military strategy, while expecting other stakeholders to finalise it.

Škerbinc said that in drafting it, the military had been guided by several things, including the fact that Slovenia had also gained independence 30 years ago because of its defence forces.

In the debate following the presentation, some wondered whether politics would accept the proposal, and if it would be at all implemented even if it was formally adopted.

The proposal has been conceived, and presented, by Škerbinc, and another four senior officers from the general staff.