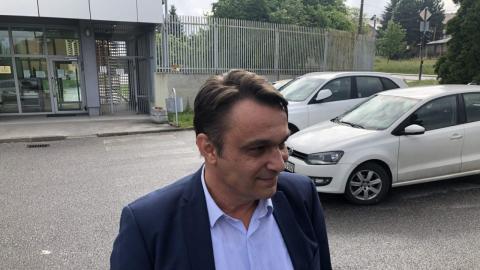 The Court of Bosnia and Herzegovina has confirmed it allowed former Bosnian Security Minister Sadik Ahmetovic to buy his way out a six-month prison term for abuse of office or official authority, pronounced in November last year.

The court explained that, under the Bosnian criminal code, one day in prison is held to equal 100 Bosnian marks, or 50 euros.

Ahmetovic confirmed to BIRN that, instead of serving his prison term for abuse of office, he had paid 18,000 marks, or around 9,000 euros, to get off the sentence just before New Year.

"I borrowed the money and a part was given to me by my three sisters in Sweden and America," he said. "I was lucky … I had someone to borrow the money from. I am not a criminal, so I didn't have the money. I have invested my earnings in buying a house for my family after deportation from Srebrenica. All my doings can be checked," Ahmetovic told BIRN.

Ahmetovic was found guilty of abusing his authority to sign fictitious contracts with his driver, Adnan Bektic, in 2012, who he did not perform the work specified.

The Appeals Chamber ordered Bektic to return the unlawfully acquired amount of 4,014 marks. Ahmetovic was also sentenced to six months' jail in the first instance.

The Appeals Chamber determined that Ahmetovic had signed four service contracts with Bektic ibetween January and November 2012 and Bektic did not perform the work specified in the contracts, but had in spite of that remained the minister's driver.

Ahmetovic says he hoped the Constitutional Court of Bosnia and Herzegovina would "recognize justice" in the case, saying he had done the right thing..

"As for the things I was sentenced for, I would do the same again, because I don't consider it a criminal offence to...