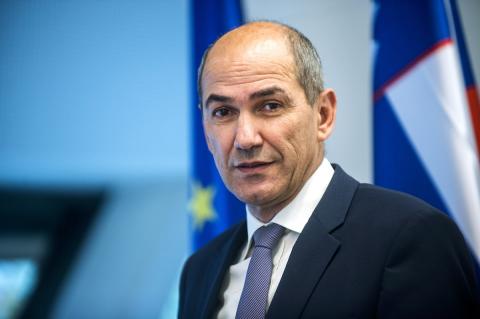 Warsaw – Prime Minister Janez Janša pledged another million euros in Slovenia’s aid to Ukraine on top of almost as much already pledged by the country before, as he took part in an international donor conference for Ukraine in Warsaw on Thursday.

The conference raised over EUR 6 billion in donations, Polish Prime Minister Mateusz Morawiecki announced. The aid will go for humanitarian aid and in support of the war-ravaged Ukrainian economy.

The conference, co-organised by Poland and Sweden in cooperation with the EU, was also addressed by PM Janez Janša, who announced Slovenia would provide an additional EUR 1 million in aid for Ukrainian people. As part of the global campaign in support of Ukraine Slovenia last month pledged almost EUR 1 million in aid.

“We have responded in line with our moral obligation. Beside material, technical and military donations, we have donated several million euros to various humanitarian organisations and we’re increasing it today for another million through the UNICEF fund and additional in-kind assistance for Ukrainian people,” Janša said.

He also announced a special bill on Ukraine to be put forward to parliament to shorten the procedures to be able to deliver help on time.

“As the Russian illegal and unprovoked aggression against Ukraine protracts in time, we are witnessing one of the worst humanitarian disasters, and at the same time we are filled with admiration for the Ukrainians, who are showing immense courage, defending their homeland and at the same time fighting for the universal values of freedom and democracy,” Janša said in his address. “We stand in solidarity with Ukraine,” he added, concluding: Glory to Ukraine in Slovenian.