Madonna casts Ozark’s Julia Garner to play her in biopic 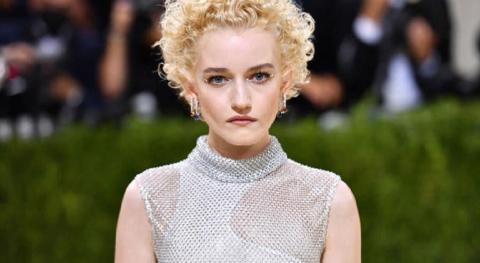 Madonna is to cast Julia Garner in the lead role of her own biopic, which she is herself directing, it has been reported.

According to Variety, Ozark star Garner was offered the role after an extensive audition process, with contenders reportedly including Florence Pugh, Euphoria's Alexa Demie and Odessa Young.

Madonna's plan to direct her own biopic from a script co-written by Young Adult's Diablo Cody was announced in 2020. In a statement at the time, Madonna said: "I want to convey the incredible journey that life has taken me on as an artist, a musician, a dancer, a human being, trying to make her way in this World. There are so many untold and inspiring stories and who better to tell it than me. It's essential to share the rollercoaster ride of my life with my voice and vision."

An earlier attempt to mount a Madonna biopic derailed after the musician herself vocally criticized the script on social media.

Called "Blond Ambition" and written by Elyse Hollander, it came top of the 2016 Black List of best unproduced screenplays.

However, in 2017, Madonna said: "Nobody knows what I know and what I have seen. Only I can tell my story. Anyone else who tries is a charlatan and a fool. Why would Universal Studios want to make a movie about me based on a script that is all lies?"

Garner recently starred in the Netflix series Inventing Anna, about high society con artist Anna Sorokin, and her most high-profile film role to date was the lead in The Assistant, the Kitty Green-directed drama about harassment in the film industry.