Today, on the passing cold front, in many places in southern Bulgaria it will snow, in the lowlands - rain and snow. This was announced for FOCUS News Agency by the weather forecaster on duty at the National Institute of Hydrology and Meteorology Evgenia Egova.

Sofia will introduce anti-epidemic measures from the third stage of the pandemic management plan, Chief State Health Inspector Angel Kunchev announced after a meeting of the pandemic committee. A decision of the national headquarters is forthcoming, in which the new measures will be described in detail. They should take effect next week.

"One of the red flags that should lead you to take your child to be examined by a doctor or for referral to a hospital should be permanently elevated temperature above 38.5 degrees.

Today, for most of the day, it will be sunny. This was announced for FOCUS News Agency by the weather forecaster on duty at the National Institute of Hydrology and Meteorology Hristo Hristov.

The new regional governor of the capital convened for the first time the "crisis COVID headquarters/staff". After the meeting, it became clear that tightening of measures is not planned at the moment.

227 cases of the viral variant Omicron of SARS-CoV-2 have been identified in Bulgaria after cell genomic sequencing performed by the National Center for Infectious and Parasitic Diseases.

Another three kilometers of the subway will be ready by the end of 2025. "Metropolitan" EAD signed three contracts for the construction of three stations and their adjacent tunnels from the extension of the third line of the Sofia metro under "Vladimir Vazov" Blvd. in the neighborhoods "Hadji Dimitar" and "Levski G", announced "Metropolitan" EAD. 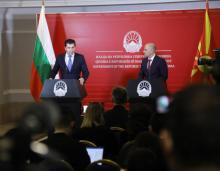 "In a few days, we have achieved positive steps, which have not happened in recent years. This is the result of our constructive approach and mutual assistance. Our aim is for true good neighborliness with real results," Prime Minister Kiril Petkov told Bulgarian media. 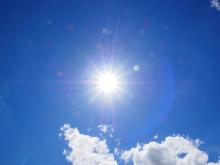 Today will be mostly sunny. This was announced for FOCUS News Agency by the weather forecaster on duty at the National Institute of Hydrology and Meteorology Boryana Markova.

A light to moderate west-northwest wind will blow, which will start to orient from the southwest later in the day. Maximum temperatures will be between 1° and 6° Celsius, in Sofia around 1°C.