China Rongsheng, the countrys largest private shipyard, reported a $1.4 billion loss for 2013 and some customers are worried about Rongshengs $4.6 billion worth outstanding orders.

Orban said that the voting results showed that Hungary was "the most united nation in Europe."

The reading had dropped at an annual pace of 6.1 percent in December. 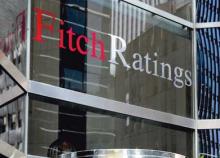 Fitch Ratings announced late on Tuesday it has revised the outlooks on four Greek covered bond programs to Positive and another to Stable.

The ratings of the five covered bonds programs have also been affirmed.

At the same time, the agency is maintaining the rating of one Cypriot covered bond program on Rating Watch Negative.

Turkey's block on access to Twitter violated freedom of expression and individual rights, the Turkish constitutional court said on Wednesday.

This is the most significant legal challenge yet to a ban which caused public uproar and international condemnation, comments Reuters.

Greece has put the worst of a debt crisis behind it and is considering issuing new debt within three months, Prime Minister Antonis Samaras told Reuters on Wednesday.

Greece's first foray into bond markets after a four-year exclusion will be on a «trial and error» basis but the nation expects to fund itself unaided in 2016, its finance minister told Reuters on Wednesday.

Greek 10-year bond yields fell to new four-year lows on Wednesday, with investor appetite increasing after its international lenders agreed to release the next tranche of its bailout programme.

Greek gambling monopoly OPAP posted a bigger-than-expected drop in its 2013 net profit, hurt by a new tax the country imposed on the firm to help plug its budget shortfall.