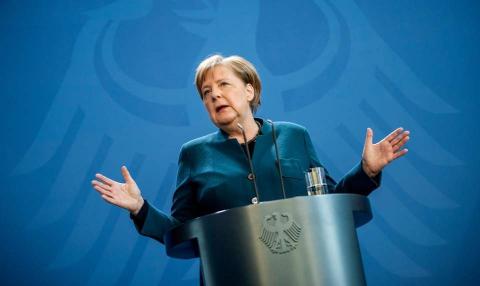 As Ankara on Thursday sent out what was seen in Athens as mixed signals, German Ambassador to Greece Ernst Reichel insisted that Chancellor Angela Merkel has made it her personal business to prevent military conflict between the two neighbors and for them to achieve a peaceful demarcation of their maritime zones.

Speaking to the European Parliament's Special Standing Committee on European Affairs, Reichel also defended Berlin's more neutral stance toward Ankara at this stage. It is clear, he said, that Germany cannot address Turkey with the utmost harshness because it would destroy its ability to mediate.

He noted that Turkey's Oruc Reis research vessel was withdrawn from the sea area close to Kastellorizo last weekend, and if matters stay on course, "we will soon move on to the next step, which is the start of the so-called exploratory contacts."