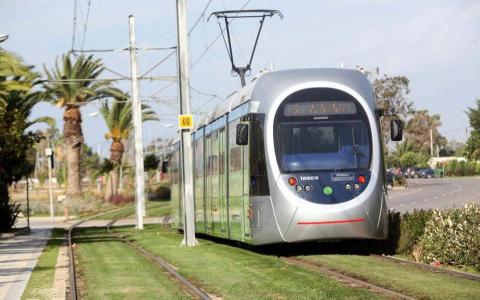 A trial run of the Athens tram on a section of the route between Kasomouli Street in the Athens neigborhood of Neos Kosmos and central Syntagma Square which was shut down in 2018 due to safety concerns began on Wednesday with initial positive results, the Transport Ministry said.
The first test run was carried out between Kasomouli and Vouliagmeni stations, with further tests to be held in the coming days, using pressure sensors which measure and record load distribution along the tunnel under the tram line.
The tram's service between Kasomouli and Syntagma was suspended in October 2018 amid concerns that the ground beneath the tracks, over the old Ilissos riverbed, was at risk of subsiding.
Transport Minister Kostas A. Karamanlis said testing would be thorough to ensure that the tram connection to Syntagma can resume safely "at a difficult time when it is important...