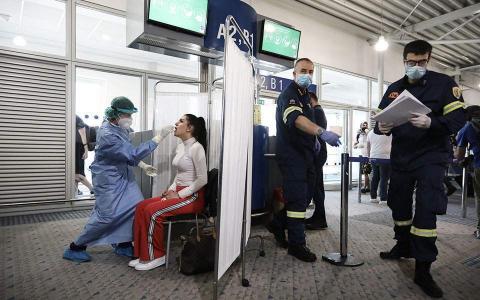 Greece's Civil Aviation Authority announced on Thursday that as of Saturday and until midnight of Monday, October 12, passengers flying to Greece from Poland will need to produce a negative coronavirus test carried out in the previous 72 hours.
The same will continue to apply until October 12 to air arrivals from Bulgaria, Romania, Hungary, the United Arab Emirates, Malta, Belgium, Spain, Albania and North Macedonia.
The CAA has also extended the ban on flights to and from Turkey and the Spanish region of Catalonia until October 12.
The ban on the arrival of non-European Union citizens is extended until October 12, with the exception of citizens and permanent residents of Australia, Canada, Georgia, Israel, Japan, New Zealand, Rwanda, South Korea, Thailand, Tunisia, Uruguay and the UAE, who undergo random tests upon arriving in Greece.
Bear in mind that until at...