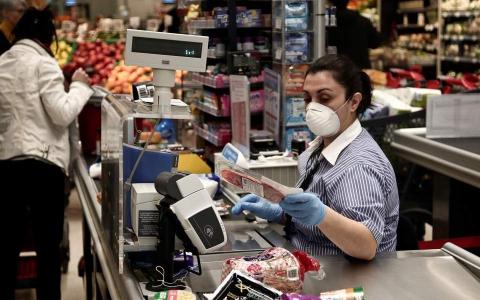 Supermarkets may have recorded turnover that is some 500 million euros above last year's to date, but they also face a significant rise in their operating costs.

The Institute of Retail Consumer Goods (IELKA) has calculated that the additional cost of operation for supermarket chains from January to September this year has come to €96.1 million and will reach €163.8 million for the entire year, or 1.55% of the sector's overall turnover.

The bulk of the additional expenses comes from the extra staff hired, amounting to 6,660 workers until end-September, plus another 700 expected by year-end; this will set supermarkets back by some €130 million for the year.

The second biggest source of additional operating costs has been the delivery of groceries at home, which largely started during the spring lockdown and is expected to amount to €13.9 million by year-end....