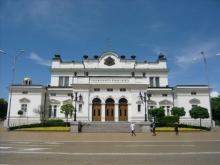 The Central Election Commission on April 8 removed six people from the Movement for Rights and Freedoms and two from the GERB-​​UDF coalition from the list of elected MPs upon receipt of their requests.

From GERB these are Boyko Borissov and Pavlin Ganchev.

Bulgaria's Central Election Commission (CEC) on April 6 announced the election results based 100% of the tally sheets processed. According to them, 6 parties and coalition enter the next Parliament.

Bulgarian Socialist Party leader Kornelia Ninova said on April 5 that the party's entire executive bureau had resigned in, but she herself was not stepping down.

"I was elected only 6 months ago by a large majority in the party, but more importantly, a Parliament is to be formed," Ninova added.

The figures represent a significant fall in support for GERB from the last elections in 2017.

The party of the TV presenter, Slavi Trifonov "There is Such a People" is second with 17.1%.

That dozens of former agents and collaborators are running for Bulgaria's national assembly is symbolic of a lustration process that was never more than piecemeal, and raises fresh questions about the scruples of opportunistic politicians who were once diehard communists only to now be running for office on behalf of parties from across the political spectrum, including the far-right.

The NGO Anti-Corruption Fund says that Bulgaria is facing a serious risk of electoral fraud at upcoming elections on 4 April, with irregularities found at one in every five polling stations.

The NGO analysed a total of 2,554 polling stations of a total of about 11,000 and estimated that around 5% of all votes cast could be subject to fraud.

Five political formations are sure to enter the future Parliament, while two are on the verge, show data from a survey, commissioned by the 24 Chassa daily newspaper and conducted by the Trend polling agency face-to-face among 1,004 adults between March 9 and 14. 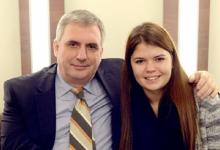 Ivailo Kalfin has been elected Executive Director of the European Foundation for the Improvement of Living and Working Conditions (Eurofound), the Bulgarian Labour and Social Policy Ministry said in a press release on Friday.