Officials at the Treasury and Finance Ministry are studying a proposal to launch a scheme that would allow private companies to build homes and lease them out to boost dwelling unit supply and to curb excessive rent increases.

Co-Chairman of the Save Romania - Freedom, Unity, and Solidarity Party (USR PLUS) Dan Barna said on Wednesday that all options are on the table for his formation. "For us, all options are on the table. We will see how discussions evolve in the following hours and in the government sitting tonight," Dan Barna declared at the House of Parliament at the end of a meeting of USR PLUS lawmakers.

Turkey's Treasury will repay debts worth 122.6 billion Turkish liras (some $15 billion) in the September-November period, the Treasury and Finance Ministry announced on Aug. 31. 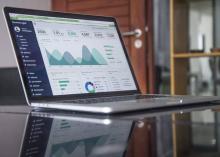 Ljubljana – The newspaper Finance approves of imposing a tax on earnings from cryptocurrencies in Tuesday’s commentary, but lambastes the Financial Administration’s proposal for a 10% tax on the sale value of cryptocurrencies as being unreasonable.

The Finance Ministry does not agree that the recipients of early retirement or partial early retirement pension also collect a wage, because this would have an extraordinarily high budgetary impact, Finance Minister Dan Vilceanu said Monday after the government meeting. "We didn't agree with this proposal and consequently we made some observations.

The draft budget amendment weakens the budgetary consolidation as it was announced for 2021, the Fiscal Council said on Thursday night, in a release.

The implementation of Romania's aggregate national budget in the first seven months of 2021 ended with a government deficit of 33.97 billion lei (2.89% of GDP), down from 49.68 billion lei (4.71% of GDP) seven months into 2020, the Finance Ministry announced on Thursday. 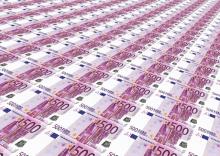 The draft update of the state budget, proposed by the caretaker government passed in the Budget parliamentary committee.

As already announced, the update envisages that by the end of the year the budget will receive BGN 2.1 billion more than the planned revenues, of which BGN 1.8 billion are provided for more expenditures.