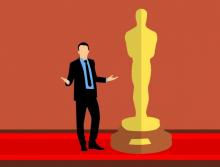 We made it to the Oscars 2020! And there is surely a big winner this year - the South Korean movie The Parasite!

Once Upon a Time in Hollywood 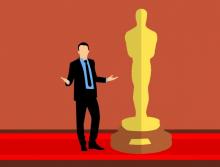 The 92nd Oscar nominations were announced this morning.

Who will be the winners and the losers?

War epic "1917" shocked the Golden Globes on Jan. 5 by claiming the top prize for best drama film, while Quentin Tarantino's "Once Upon a Time... in Hollywood" won comedy honors, boosting their prospects for next month's Oscars.

The Golden Globes kick off the Hollywood awards season on Jan. 5, but the most talked-about attraction at the customarily boozy dinner in Beverly Hills may be the wicked tongue of host Ricky Gervais.

Gervais, the no-holds-barred British comedian, returns for a fifth time and is already promising to let the barbs fly.

Brazil is ready to accept international financial assistance to extinguish the Amazon fires, but only if the country controls the funds. This was announced by the spokesman for the Brazilian president. So far there is no reaction from the G7 countries. On Monday, at a meeting in Biarritz, they offered $ 22 million to fight the Amazon fires. 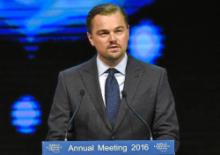 Leonardo DiCaprio gives $ 5 million for the fight with the fires in the Amazon. The Environmental Protection Fund (EPF), which also features Steve Jobs' widow, has announced that the funds are available.

DiCaprio is heavily involved in the fight against the climate change and has repeatedly called for the Amazon situation to be taken seriously by the world elite.

The mayor of the Aegean island of Andros has told Kathimerini that a disparaging post about waste on the island's seabed by Hollywood actor Leonardo DiCaprio was "unfair."
"Unfortunately, the style of the post is unfair to us and gives the impression that the whole island is in this state," Theodosis Sousoudis said on Tuesday.

A replica of "the ship of dreams" - also known as Titanic - will sail the high seas in the year 2022.

An announcement about the luxury Titanic II was first made in 2013, but work was suspended due to financial constraints. Now that those financial matters have been resolved, building has recommenced on the vessel, according to a media release from Blue Star Line.

AFP - Nepal's wild tiger population has nearly doubled over the last nine years, officials said Monday, in a victory for the impoverished country's drive to save the endangered big cats.

Wildlife groups have welcomed the news as a sign that political involvement and innovative conservation strategies can reverse the decline of the majestic Royal Bengal tiger.

Michael Douglas, Sylvester Stallone, Salma Hayek, Gal Gadot. They are part of the stars with which Minister of Tourism Nikolina Angelkova had chance to talk at a party before the Oscars, "Nova TV tells.