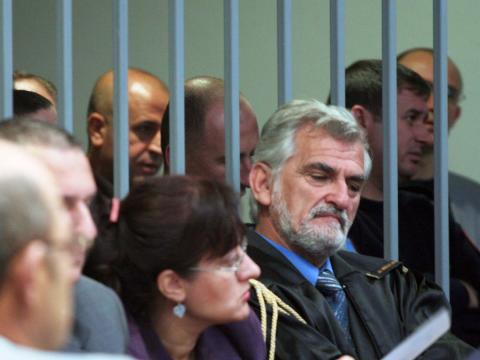 Arrested in 2006, Berisha, the head of a group known as the Durres Gang after the port town where it was based, was convicted in 2012 over the killings of five people and three attempted murders. He was sentenced to life in prison, cut to 25 years in 2014.

Berisha went to prison, but a series of much-criticised court decisions repeatedly reduced his sentence for good behaviour, culminating in a ruling by the Appeals Court of Durres to free him having miscalculated the time he spent in pre-trial detention. The then mayor of Durres, Vangjush Dako, vouched for his character in a letter to the court in which he promised to provide Berisha with a municipality job if he was unable to find employment elsewhere.

Berisha effectively spent a little more than 10 years in prison, far less than might be expected considering the gravity of his crimes. When the High Court in December ordered him back behind bars, it was too late: Berisha was on the run from new murder charges and is now believed to be abroad.

The case looks bad for Albania's judicial system, but it's far from the only one.

Over the past several years, during which the courts and prosecution underwent a deep reform process designed to rid it of corruption and mismanagement, a number of high-profile organised crime figures in Albania have somehow walked free from life sentences.

According to records analysed by BIRN, prison personnel often support requests for early or provisional for those convicted of serious crimes, while judges give the green light sometimes in clear contravention of...