Incumbent mayor Yordanka Fandakova has been reelected for a third term as Mayor for Bulgaria's capital Sofia as the country is holding its local elections on Sunday, a first exit poll by Alpha Research agency shows.

Fandakova has won outright, with support (at 59.9%) that makes a second term redundant, according to the agency.

The main candidates running for mayor of Sofia voted both in the local elections and referendum, which are being held simultaneously in Bulgaria on Sunday.

The incumbent mayor Yordanka Fandakova, who is running for a third term as candidate of the largest ruling party GERB, said that each citizen has to exercise the right to vote. 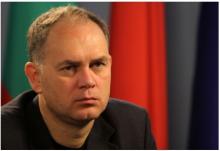 The Bulgarian Socialist Party (BSP) has expelled Georgi Kadiev, a lawmaker known for his often dissenting views, over his decision to run for Mayor of Sofia in October's local elections. 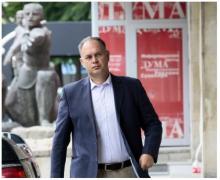 Georgi Kadiev, a lawmaker from the Bulgarian Socialist Party (BSP), has voiced his intentions to run for mayor of Bulgaria's capital Sofia.

In Parliament, Kadiev has made no secret of his plans to either be an independent candidate or, if possible to unite left-wing, green and centrist parties around his bid.