Maribor – The Western Balkans will be in the centre of musical exploration at this year’s Maribor Festival. A “fireworks of rhythm and emotions”, tonight’s opening concert will see the artist-in-residence, North Macedonian pianist Simon Trpčeski, perform with the SNG Maribor Symphony Orchestra under the baton of Romanian conductor Gabriel Bebeselea.

The Alliance for the Union of Romanians (AUR) calls on the government to eliminate the provision that makes it possible to switch to online school from a cumulative incidence of COVID cases greater than 6/1,000 and "not to put pressure on students and teachers to get vaccinated." "After the bad experience of the previous school year, we believe that closing schools is an excessive measure consi 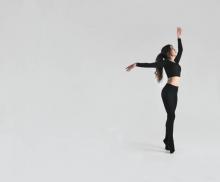 Rege-Jean Page will not return for the second season of record-breaking Regency romance "Bridgerton," Netflix has said, prompting howls of despair from fans of the dashing Duke of Hastings.

The wildly popular series from "Grey's Anatomy" creator Shonda Rhimes puts a modern twist on the books about an upper-class family in early 19th-century England, including color-blind casting.

The Alliance for the Union of Romanians, AUR announced on Monday that it plans to open branches in neighbouring Moldova as part of its campaign to reunify the country with Romania.

The AUR, which has 47 MPs in the 465-seat Romania parliament, is a nationalist party with a religious-based, anti-LGBT orientation and wants to impose a conservative, "patriotic" education system.

Restoration and excavation work has resumed at the Saint Simon Monastery in southern Turkey after a pause of 60 years, and the site will host tourists once it is completed.

The monastery, located in Hatay province, is believed to have been built in the 6th century by Saint Simon. 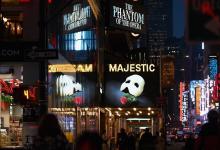 The shutdown on Broadway has been extended again — until at least early September.

Although an exact date for performances to resume has yet to be determined, Broadway producers are now offering refunds and exchanges for tickets purchased for shows through Sept. 6. 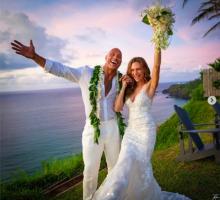 The two have been together since 2007 and have two daughters - 3-year-old Jasmine and 15-month-old Tiana. They had scheduled their wedding for 2018, but postponed it when Lauren got pregnant. Johnson shared photos of the ceremony on Instagram.