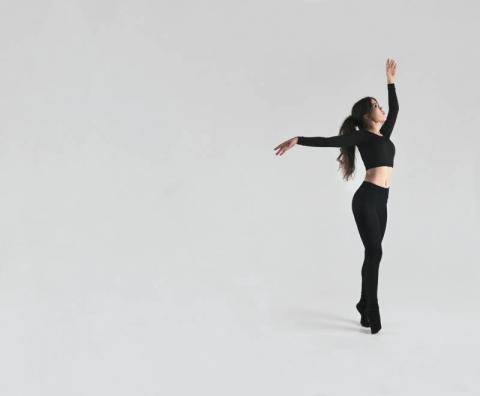 “Apart from that, we have Rok Golob’s The Sound, a Slovenian novelty which combines music and a spectacle that our opera milieu has not seen yet,” he told the STA on Thursday.

The show will open in May, to be directed by Jaša Koceli and conducted by Simon Dvoršak.

There are also some shows from the last seasons which could not premiere due to the epidemic, such as The Capulets and Montagues, opening in October, said Hribernik.

Directed by Frank van Laecke, Willian Shakespeare’s classic is set in a photo studio in Verona in 1945, and brings just a day in the Romeo and Juliet story.

Van Laecke will also direct Charlesa Gounod’s opera Faust, which is due for premiere in March, with Ayrton Desimpelaere as conductor.

The season will open on 30 September with Igor Stravinsky’s meditative ballet Apollo and Oedipus Rex, a large-scale oratorio dwelling on the question of eternal curse.

Its choreographer is the Ljubljana ballet’s artistic director Renato Zanella, Rocc is its director and set designer and Aleksandar Marković the conductor.

Zanella will also direct Sergei Prokofiev’s ballet Romeo and Juliet, due to premiere in February, to be conducted by Kevin Rhodes.

Strune, or Strings, a triptych by ballet choreographers Eno Peci, Jacopo Godani and Leo Mujić based on music by some of the the world’s greatest composers, will open in November, to be conducted by Ernst Theis.

Donizetti’s comic opera The Love Potion is scheduled for January, to be directed by Krešimir Dolenčić and conducted by Simon Krečič.

Zanella will moreover direct a ballet diptych entitled A Viennese Evening – Opus 73/Everybody Waltzes, a co-production with the Cankarjev Dom arts centre, to be played in April after it premiered at Cankarjev Dom last month.

The last premiere is scheduled for June – Pyotr Ilyich Tchaikovsky’s opera Eugene Onegin, based Alexander Pushkin’s novel, to be directed by Vinko Möderndorfera and conducted by Alan Buribayev.