The leaders of two political parties on Nov. 13 voiced support for the Turkish president ahead of a meeting with his U.S. counterpart Donald Trump.

Can anybody trust the United States anymore? It's getting increasingly difficult. Watching what is happening in Washington these days, it's hard to know exactly what we're looking at: a poor imitation of drama series "House of Cards" or a page out of tome by a future Edward Gibbon titled "The History of the Decline and Fall of the American Empire." 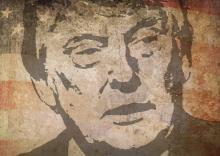 US President Donald Trump's approval rating is 42% nationwide, according to a study by the Associated Press and the University of Chicago's NORC, released on Thursday, BNR reported.

But the approval is much higher among Republicans, reaching 85%. At the same time, only 7% of Democrats think Trump is doing a good job as a US president.

Deputies in the lower house of Congress have voted to officially launch the impeachment process of US President Donald Trump, NOVA TV reported.

This is not the real vote to remove Trump from office, but it was an important first step to see if MPs had enough votes to start the whole process.

Facebook has agreed to pay a fine of £ 500,000 for breaches of personal data protection law related to the unauthorized use of such data by Cambridge Analytica. This was announced by the Office of the British Information Commissioner (ICOICO, the British regulator for information rights, BNR reported.

George Papadopoulos, a former Trump campaign aide who was a key figure in the FBI's Russia probe, filed paperwork Tuesday to run for the US House seat being vacated by Democrat Katie Hill.
Papadopoulos didn't immediately comment, but on Sunday he tweeted, "I love my state too much to see it run down by candidates like Hill. All talk, no action, and a bunch of sellouts."

A U.S. Justice Department review of the origins of the probe into Russian interference in the 2016 U.S. presidential election is now a criminal investigation, a person familiar with the matter said on Oct. 24
The person, who spoke to Reuters on condition of anonymity, declined to say whether a grand jury had been convened in the investigation.

The Kurdish formations, which are part of the armed forces of Democratic Syria, have left the security zone set up by Ankara in northern Syria. This was announced by US Vice President Mike Pence.

"We received a message from the Kurdish commander that all their armed forces had been withdrawn from the security zone under the control of the Turkish armed forces," Pence said. 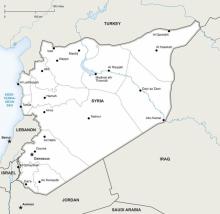 Turkey and US agree to ceasefire in Syria. Vice President Mike Pence reported the news.

The U.S. House of Representatives voted on Oct. 16 on a bipartisan resolution opposing President Donald Trump's decision to pull back troops in northern Syria.