EU foreign policy head Josep Borrell on Tuesday called for the strengthening of Operation Irini, the bloc's naval mission in the Mediterranean Sea aimed at enforcing the UN arms embargo on Libya.
"Operation Irini has hailed ships, since it was launched, on more than 130 occasions," Borrell said after a videoconference of EU defense ministers.

Gene Rossides, a historic figure in the Greek-American community and the main force behind the US arms embargo against Turkey after the invasion of Cyprus, died at the age of 92. His daughter confirmed his passing on Saturday at his home in Washington.

Turkey has warned that US moves to lift a decades-old arms embargo on Cyprus would undermine efforts to reunite the Mediterranean island and create a "dangerous escalation."
The US Congress voted Tuesday to end the embargo on the island, which was imposed in 1987 with the aim of preventing an arms buildup that would obstruct diplomatic efforts at a peace settlement.

Greece's military spending has shrunk dramatically as a result of the crisis, widening the defense gap with Turkey. Successive Greek governments have spent billions on armaments over the past few decades, yet there is very little to show for it in terms of a defense industry.

Japan has started the process of importing Iranian oil, which was suspended due to U.S. sanctions, the governor of Iran's central bank said on Jan. 21.

European Union lawmakers are calling for an arms embargo on Saudi Arabia as well as a ban on equipment that could be used in any government crackdown. 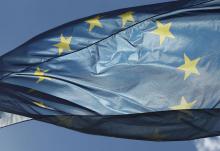 The EU announced on Monday it had decided to prolong "the restrictive measures" against Belarus for one year.

These measures include "an arms embargo and an asset freeze and a travel ban against four people listed in connection with the unresolved disappearances of two opposition politicians," the EU announced. 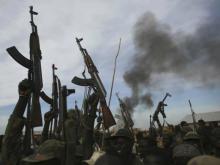 Montenegro has expanded the list of countries against which it has an arms embargo, allying itself further with the EU, which it hope to join.

A government document, which BIRN has seen, shows that the list of countries against which the sanctions have been imposed to include Belarus, North Korea, Iran, Iraq, Lebanon, Afghanistan, Egypt, Somalia and Zimbabwe.