The most visited torrent site in Bulgaria, Zamunda.net, is unavailable. The first signs of emerging problems with the operation of the tracker were observed from the evening of February 21.

The site's collapse comes about a day after the office of the Prosecutor General office asked for help the US Department of Justice for blocking Zamunda.

A man from Crete was charged for violations of laws on copyright and the protection of subscription television services, Hellenic Police (ELAS) said on Thursday.

The suspect was arrested by the police's cyvercrime division on Tuesday after a companies was filed against unknown individuals who pirated and resold subscription-based televisions services.

There are 2.4 million TV customers, of whom 700 thousand in the so-called grey sector, for which the state officially does not know. By doing so, the cable TV owners, while committing crime against intellectual property, evade taxes on a large scale, Spokesperson of the Prosecutor General Rumyana Arnaudova told a press briefing, a FOCUS News Agency reporter said.

Worldwide sales of music have increased by nearly 10% in 2018,  being the fourth consecutive year of growth thanks to online streaming platforms. However, downloads and physical sales continue to fall.

The International Federation of the Phonographic Industry reports in its global music report that profits for 2018 have reached $ 19.1 billion. 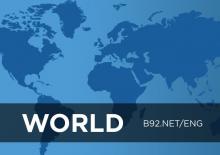 Article 13 of the EU Copyright Directive foces companies on the internet to introduce new stringent automatic checks through which content must pass before it is posted on platforms such as Twitter, Facebook, or YouTube.

Back in 2014, the European Commission paid the Dutch consulting firm Ecorys 360,000 euros (about $428,000) to research the effect piracy had on sales of copyrighted content. The final report was finished in May 2015, but for some reason it was never published– according to Julia Reda’s blog, the only Pirate in the EU Parliament.

A 37-year-old man running a file-sharing website has been arrested for disseminating unlicensed films and television series online without having purchased the rights, the police said Friday.

The infamous torrent site The Pirate Bay was taken offline on Tuesday after a raid by Swedish police, reports The Verge.

The Pirate Bay, one of the most well-known website for downloading torrents of movies, music and software, has doubled its traffic despite being banned in several countries.