"A Strange Loop," an irreverent, sexually frank work about Blackness and queerness took home the best new musical crown at the Tony Awards on June 12, as voters celebrated Broadway's most racially diverse season by choosing an envelope-pushing Black voice. 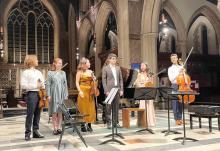 Emre Şener is among the composers to take part in the '200 Pieces' project that will mark the bicentenary celebrations of the Royal Academy of Music in the U.K.

The Royal Academy of Music, one of the world's top five music schools, has commissioned 200 musicians to compose pieces to mark the occasion.

Justin Bieber says a rare disorder that paralyzed half of the superstar performer's face is the reason behind his tour postponement.

The multi-Grammy winner is suffering from Ramsay Hunt syndrome, he said in video he posted Friday on Instagram. The syndrome causes facial paralysis and affects nerves in the face through a shingles outbreak.

Spears and her partner, Sam Asghari, were readying to wed at her luxury pad near Los Angeles when the proceedings were interrupted, Variety and other trade media said. 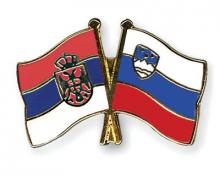 Madonna is to cast Julia Garner in the lead role of her own biopic, which she is herself directing, it has been reported.

According to Variety, Ozark star Garner was offered the role after an extensive audition process, with contenders reportedly including Florence Pugh, Euphoria's Alexa Demie and Odessa Young.

The Academy of Motion Picture Arts and Sciences named its new CEO on June 7, ending a tumultuous 11 years under Dawn Hudson that included the #OscarsSoWhite controversy, a huge expansion of the group's membership, and Will Smith's infamous slap.

The 65th anniversary of Korea-Turkey diplomatic relations was celebrated with a concert by the Presidential Symphony Orchestra (CSO) on June 4 accompanied by Korean violin virtuoso Bomsori Kim.