Turkey banned social media sites that have failed to hire local representatives from advertising on Jan. 19, according to the Official Gazette.

Last October, a new social media law came into effect in the country which obligates social media sites that are accessed over a million times per day in Turkey to hire a local representative.

Turkish and Greek military representatives have come together as part of a de-confliction mechanism launched by NATO, a week before the much-anticipated exploratory talks for the resolution of the problems stemming from the Aegean and Mediterranean seas.

German Foreign Minister Heiko Maas on Jan. 18 called for a "solution-oriented" dialogue between Turkey and Greece to resolve disputes between the two countries and de-escalate tensions in the Eastern Mediterranean.

Though largely unadmitted, the key truth about Turkish-Greek differences over the Aegean and the eastern Mediterranean is that they are solvable. How so? For the reason that there is in store a wealth of wisdom and experience accumulated over many years of arduous exploratory talks and negotiations between the two neighbors.

A larger number of suspects who were detained in 50 provinces across Turkey as part of the country's biggest operation against fuel-related tax invasion were using a program disguised as a game site to delete sales records, security sources said on Jan. 17. 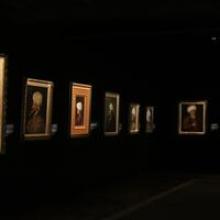 Located in the metropolis of Istanbul, Turkey's National Palaces Painting Museum is waiting for visitors after its reopening following restoration works. (DHA Photo)

"Since the day we took office, investment in natural gas distribution across Turkey has reached a total of 27 billion Turkish liras," Erdoğan said via video link at the opening ceremony of multiple energy and natural resources facilities.

As Turkey and China are all set to mark 50 years of their diplomatic ties, both countries' relations are going to deepen further in the coming period, the Turkish ambassador in Beijing said on Jan. 16.

As part of Turkey's new social media law, which came into force in October 2020, the US-based social media platform LinkedIn accepted a requirement to appoint a local representative in the country, a senior official announced on Jan. 16.